Bulletproof startups:
How to build solid teams in challenging times 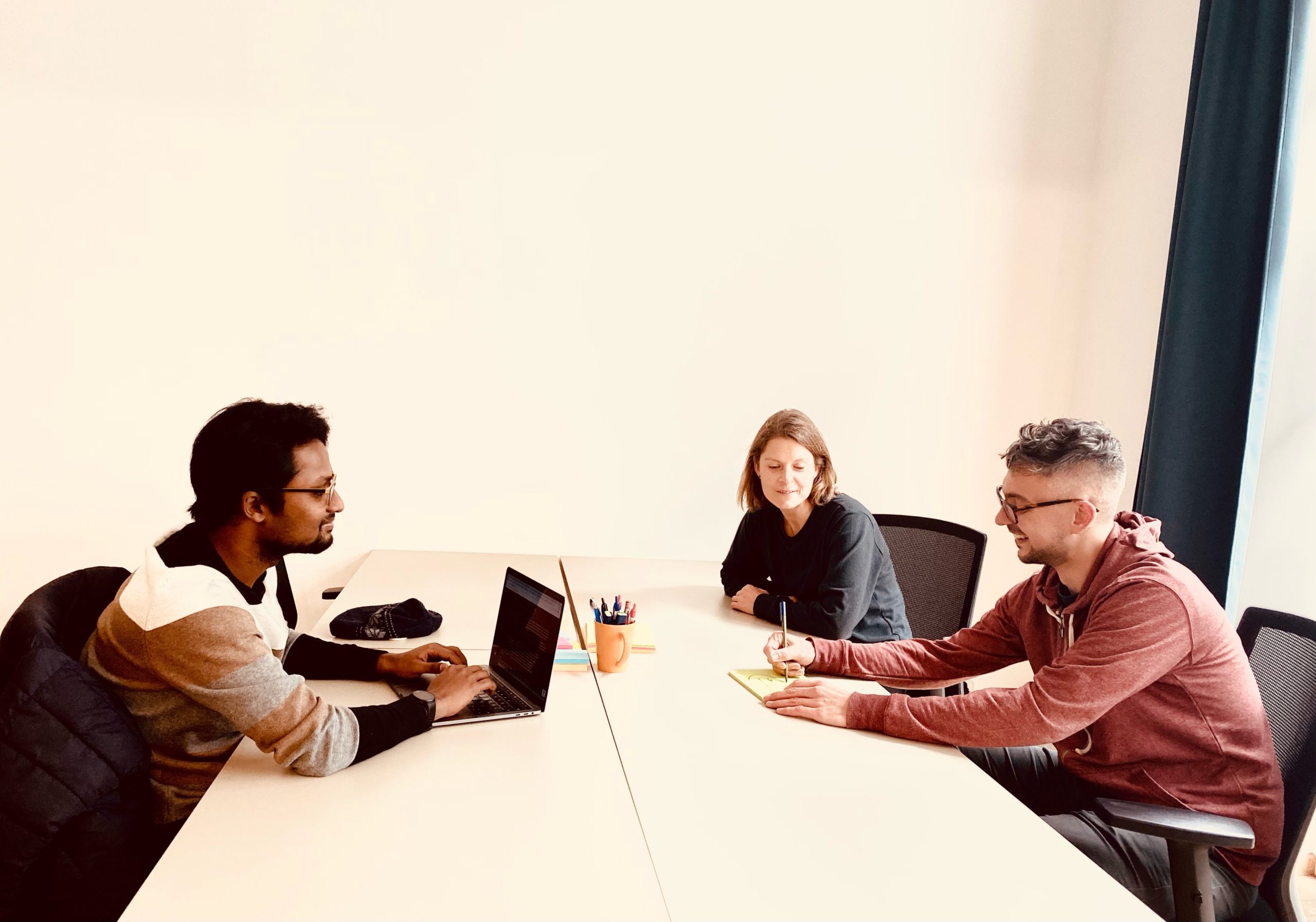 Posted at 10:54h in Training & Coaching by Maren Lesche

When our incubator first opened its doors almost two years ago and welcomed our first batch of bright-eyed and bushy-tailed digital health entrepreneurs—little did we know how current events would look and what a challenging set of circumstances would unfold.

Needless to say, working through a pandemic has brought a host of unexpected obstacles, alongside several valuable learning experiences. As we welcomed our second batch at the height of the second wave here in Berlin, we took some time to reflect on these experiences and especially what they told us about how to help build and nurture winning startups through such trying and unsure times that have also—by way of silver linings—brought about a digital healthcare boom.

If there is one thing we have learnt through our first year in existence—which some might describe as a bit of a baptism of fire—is that what makes or breaks a startup more than anything is how well the individuals work together; the interpersonal alchemy that separates teams that prevail from those that do not. We learnt that it is essential that members share a common mission and that the way that they interact and their roles are defined and structured ensures a healthy and productive team culture.

At Vision Health Pioneers, our own team features an expert primed to examine and understand group dynamics. Boasting a degree in psychology and neuroscience, with the added bonus of being passionate about innovation and nurturing fledgling startups in the healthcare world, Joscha Hofferbert, as one of the initiators of the program, s uniquely poised to make astute observations on how to create a team strong enough to weather any storm.

Joscha has observed that a startup team’s communication and collaboration style is intrinsic to their success, just as a shared purpose is a key success factor.

In fact, the founder of Berlin’s Hacking Health—who also serves as Vision Health Pioneer’s Head of Innovation—reports his own surprise in realizing just how crucial team dynamics are through the course of batch 1.

“Within the first months, we discovered that team building is way more important than we thought it was. We did not expect (bad team dynamics) to be such a killer,” he said.

This observation is grounded on several real-life examples. The teams that flourished were made up of individuals who worked well together: They were united under a shared mission and were able to communicate with each other, even when things got a bit fraught. They also trusted each other enough to be able to work with autonomy and creativity. Meanwhile, teams that did not present a united front were not strong enough to withstand the challenges as and when they cropped up. It also became clear just how essential having an objective observer was in identifying gaps, issues and potential threats that teams most often realize far too late.

“Teams quit when haven’t agreed on a shared mission, and we had to replace members. There were instances where it didn’t work out. That’s when we realized the importance to place an even stronger focus on team coaching,” he says.

Ingredients for the perfect team

Joscha gives a couple of examples of the teams that overcame challenges owing to the extent to which they were fueled by a shared vision. He outlines what it was about them that helped them flourish. These included MySkills, a startup creating digital solutions for sufferers of Borderline Personality disorder that has gone from strength since it joined the program, and beyond.

“At first, we were a bit skeptical about MySkills, because they are a couple,” Joscha recalls, describing how psychology professional Anne Florin and product designer Patrick Hartwig joined forces to create a product supporting mental health patients with the personality disorder, with a user-friendly app replacing the unwieldy documents. In hindsight, Joscha reflects that the fact that they were a couple with a shared dream was something that highly contributed to their success.

“They’ve both been working in different fields, and they really complement each other. And they are united by a common goal and perspective,” he adds. This alignment in purpose and mission, alongside the fact that the couple had already been working on the product for years alongside their jobs, made them a winning team. That was one factor that led to their success. Another was how the team was set up, with each member clear on the contours of their tasks and responsibilities.

Other examples of teams who worked well owing to shared vision include startup Mila.Health, whose founders Jonas Keil, Ines Räth and Catalina Turlea aligned on the vision of normalizing the act of seeking out mental health support in professional contexts. Like MySkills, the team were far from strangers when they began work on their project together, having in the past worked together on a number of projects already. This made them very aware of how to work well as a unit. Likewise, their clear mission and great distribution of responsibilities was a key ingredient to their success.

Advosense is another example of a
team that thrived thanks to
a common mission:
Martina Viduka, Erin Webb and
Grace-Anne Marius devoting
themselves to the work of
revolutionizing geriatric care.

This shared vision is what helped many teams see through all the challenges of the year, just as teams in which its members understood each other well proved successful. Meanwhile, teams that suffered could not communicate or address issues, and were especially challenged when the fear of speaking out prevented important issues from being addressed, either within the group or with the help of a coach.

“Soft skills are really important,” says Joscha, “teams have to have a common understanding of each other and trust each other,” he says, adding that all the teams that had flourished in batch 1 had been made up of individuals who knew each other well before the program started.

Naturally, these are all observations the team at Vision Health Pioneer’s is taking to heart as our new batch starts to settle in. Learnings from batch 1 have encouraged us to improve our own resources around team building, and we will be placing a larger emphasis on creating exercises and events to ensure we are doing everything we can to foster open communication and empathy across teams, even or especially with events taking virtual format. We think it is particularly important to do so in times in which we can’t be as physically present as we’d like, but in which it is especially crucial to foster a common understanding.

The incubator has already implemented a number of strategies to help strengthen and develop teams and which can help foster a common alignment on its mission and purpose. These include a monthly team coaching session with Joscha, open hours for individuals, individual personality and capability coaching and leadership coaching. We will also make sure to provide structured feedback on team development and dynamics.

All of these additions to the Vision Health Pioneers repertoire of support structures will help develop all of our teams such that each entrepreneur is equipped to work at their best, regardless of external stressors or circumstances.

“And it’s important to do these team-building exercises that aren’t just about work,” says Joscha. “Going for a walk, going for coffee, getting lunch—it’s really important in times like these.”

But of course, the promise of shared quality time as a team in whatever format that is available through and hopefully beyond social distancing times are just one part of the puzzle in building the best teams. What’s most important is a shared vision, clear and open distribution of roles and constructive communication. These ingredients are all essential in making the dream teams work.