Supporting the supporters. Together without eating disorders – aidable 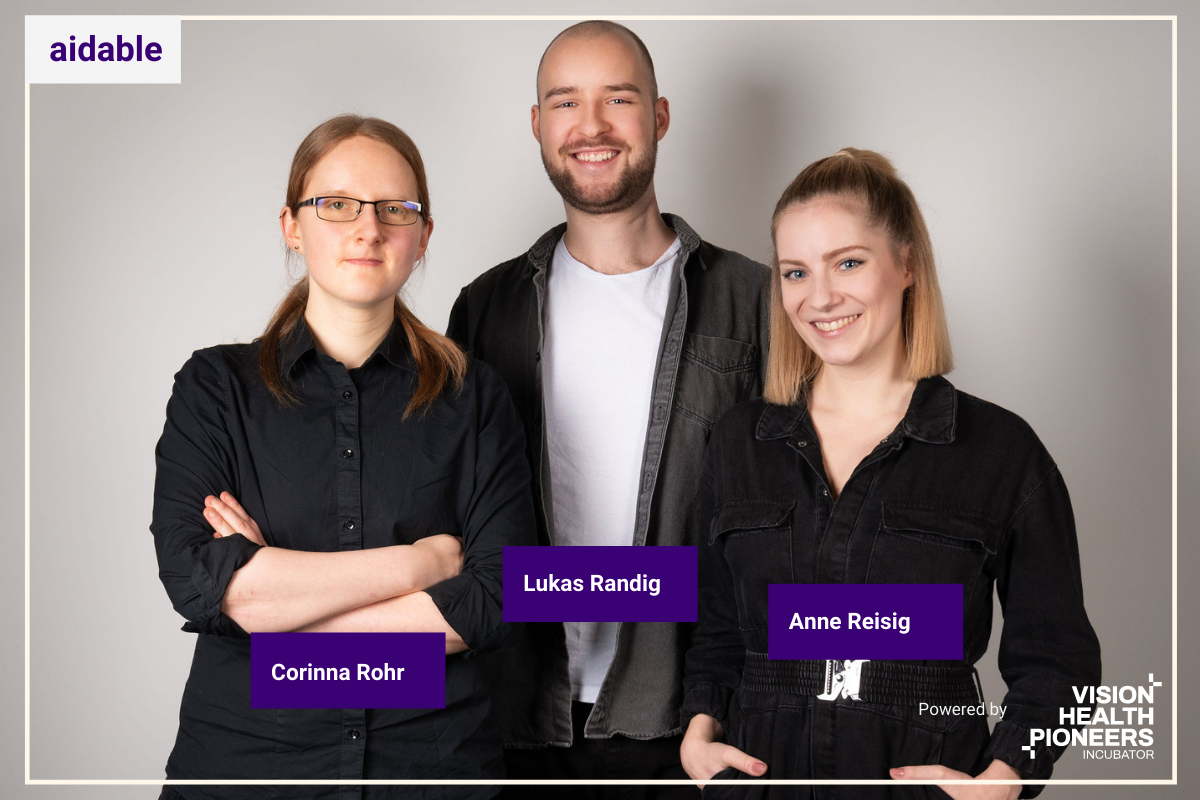 25 Feb Supporting the supporters. Together without eating disorders – aidable

Posted at 15:56h in Inside the incubator by Ben Butler

The road to recovery for someone who is suffering can be long, difficult and lonely. For those lucky enough to have family and friends around who can and know how to support them, it can make a huge difference to the recovery process. These supporters are an essential pillar, but are they forgotten about when it comes to their own health and wellbeing? Do we need to look at how we can support the supporters as well? Should they not be supported as well? This is where the startup aidable comes in.

aidable hold a vision of “together without eating disorders” and that no one should suffer on their own. If recovery is viewed as a team process, everyone in that ‘team’ should be supported for the best possible results.

aidable is the vision of Anne Reisig who was inspired to do something from her own experiences. Anne suffered from an eating disorder in her late teens and even after she got better, she couldn’t stop thinking about what she had been through. These feelings have turned to drive and have led to aidable entering Vision Health Pioneers Incubator as a startup in the third cohort in 2022. Anne focused on this in her studies at University. “I really started thinking about doing something related to this area after handing in my bachelor thesis which received positive feedback. So I continued this in my master’s studies in UX and UI Design and Communication Management. Along the way I found a team who also cared about this topic.” 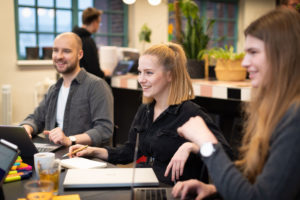 This team Anne speaks of is Lukas Randig, who has experience in business administration, especially controlling and accounting and Corinna Rohr, a software developer. Combined, the team of three formed to power aidable to the next level and first met together in-person at deGUT, Germany’s largest trade fair for start-ups in 2021. Previously restricted by the corona situation, the team had worked online together. It was at deGUT that they met the Vision Health Pioneers Incubator team and would lead to them coming together in Berlin to attend the program.

“We attended some great workshops at deGUT and were positively surprised to see some of the best ones were hosted by mentors within the Vision Health Pioneers Incubator community.” Anne explains before adding that whether inspirational figures they met at conferences or guest speakers whilst studying, the feedback they continuously receive is that the team is passionate about their topic and that they can make aidable into a solid, successful business. 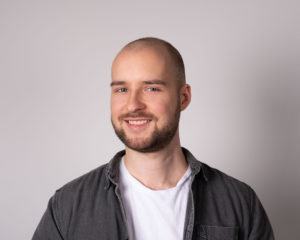 As with any startup, first-time founders change their approach a handful of times. This is no expectation for aidable. What started with an original idea of a book, turned into an app. “We are always learning and trying to get better as a result of this. We now have an absolute focus for helping the relatives of those with eating disorders. But the way in which we do that is fluid. We don’t want to be too strict and our focus is to build a community. We want to do something that actually helps.” Anne explains before Lukas goes into a little more detail on this focus. “We were creating an app but we are currently working through what is the right tool, service or product to create – whether a web app, smartphone app, an online course and more. Nothing is set in stone. We want to develop something that people will use. At this stage we are asking customers what they want.”

Although early-stage, the team opening shares how they have failed at times during this process. “We tried sending messages to select groups of people on Facebook and hold online sessions but nobody came. We realised we needed to build trust and so took one step back and instead talked to everyone we knew. We asked if they were in contact with anyone who was suffering from an eating disorder and then directly and indirectly began to make personal connections. We found trust and started to hear answers such as “yes, I know someone.” We began to connect with parents whose children were suffering from these serious illnesses.” The team have clearly reflected and learnt from their experiences so far. “Corinna then had the idea of researching various institutions and clubs that tackle the topic of eating disorders.” Lukas adds. “We began to form connections with them and ask how we could help them, help their patients. We have now reached even more people.”

From a personal place. 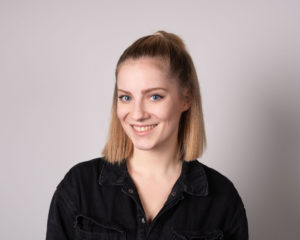 When speaking to Anne today she is very open and it’s hard to imagine that at one point she couldn’t tell anyone about what she was going through for a long time. It is this personal experience that helps drive aidable forwards. “My parents found out after a year and my best friends after four years. It wasn’t until I began to present my bachelors project at university that I felt I needed to talk about it. A parent’s reaction may be to interrupt the eating disorder but part of the illness is that it wants you to stay sick and get even sicker. A relative may push the sufferer to eat but when you’re struggling and the sickness is telling you to ignore them, it wants you to continue to suffer until you’re dead.” It’s clear Anne had to go through something incredibly difficult. She adds, “I realise now that I didn’t have the energy to tell them and was desperate for an app that would have helped. If it could say to a parent how they should react. To not try and push their child to eat and instead work in a team. When a parent doesn’t have any input, it can cause conflict and turn relationships sour. If something like an app can support this and bring a family together, it can help everyone.”

Lukas, who has known Anne for some time, was part of her recovery journey. “I also have a relative who suffered from an eating disorder, so both experiences have made me want to do something with a purpose.” Lukas also explains how there is a stigma around eating disorders and this makes all three of them want to do more. “You can’t see a mental illness like you can with someone who has a broken leg. Equally people often don’t want to openly talk about it. But when we can open up, tell our stories and extend our trust, a safe protective space is formed.” Corinna also shares her personal experiences. “As a teenager I had friends going through the difficulty of eating disorders but no one ever explained more about it. What we should or shouldn’t do. Whether we should talk about something or not. I felt helpless and on reflection felt there needed to be an easier way to access knowledge on how to communicate and treat people.”

The unseen sufferer and supporter.

“Some people argue you can see an eating disorder, but if you are not very close to someone, you really can’t see it. Many of those with bulimia have a normal body weight. The sick behaviour only usually happens in secret. No matter what body type a person is, they may still eat tons of food and then throw up in secret. often surprise you who is suffering. In your close circles it can be helpful to know how not to trigger others. Triggers can be so easily done and begin with comments such as “I eat so much food at Christmas and now I can’t eat for a week” – without awareness, things like this can cause big problems.” Anne shares.

Equally what the supporter is going through can be unseen. Studies have been conducted into the burden and psychiatric symptoms on key relatives of patients with eating disorders but is still relatively unknown.

One of the main features of aidable is short concrete advice. Anne explains, “we realised you can find information online and in books on how to treat eating disorders but that information is very general. It lacks how to apply the information correctly and what relatives often want is simply solid advice. They want an answer to how they should react to a challenging situation.” It is this information that aidable plans to present so people can inform themselves in calmer situations. To make it easier to find professional help like therapy or inspiration – such as that with interviews of relatives of sufferers.

Lukas explains that they also want to help the overall process of those who may need to go through rehabilitation. “When you are suffering from an eating disorder, you don’t always have the energy to call the bureaucratic powers between their phone line opening times. You may want and need treatment and rehabilitation but it’s a complex process.”

Aidable hope to form close collaboration with health insurance providers or individual companies themselves. This could come in the form of programs that support the employees of a company. 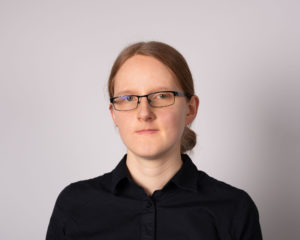 Whilst it’s still early days for aidable, they are enjoying being involved in the third cohort of Vision Health Pioneers Incubator. Corinna shares, “It’s been really nice to meet each other in person when possible. To talk to the other startup teams and get to know others.” Anne adds, “we’re extremely happy to be in this program. To be financially covered and really focus on our startup and not have it as only a side project.”

They are a young team, but the three of them are enjoying the process of building something special. Anne thrives on interviews with the relatives of those who are or have suffered because it reminds her of why they are doing what they do. “I have so much energy after speaking with others and hopefully can give them advice. My goal is that even if we only impact just one person, it will all be worth it.”

They will go far beyond this modest goal. But it does emphasise how aidable is focused on making as much difference as possible and completed in the best way possible. Although early into their time in the program, the team is benefiting from the insights from the coaches and mentors and working hard to make aidable as successful as those who interact with the startup know it can be.