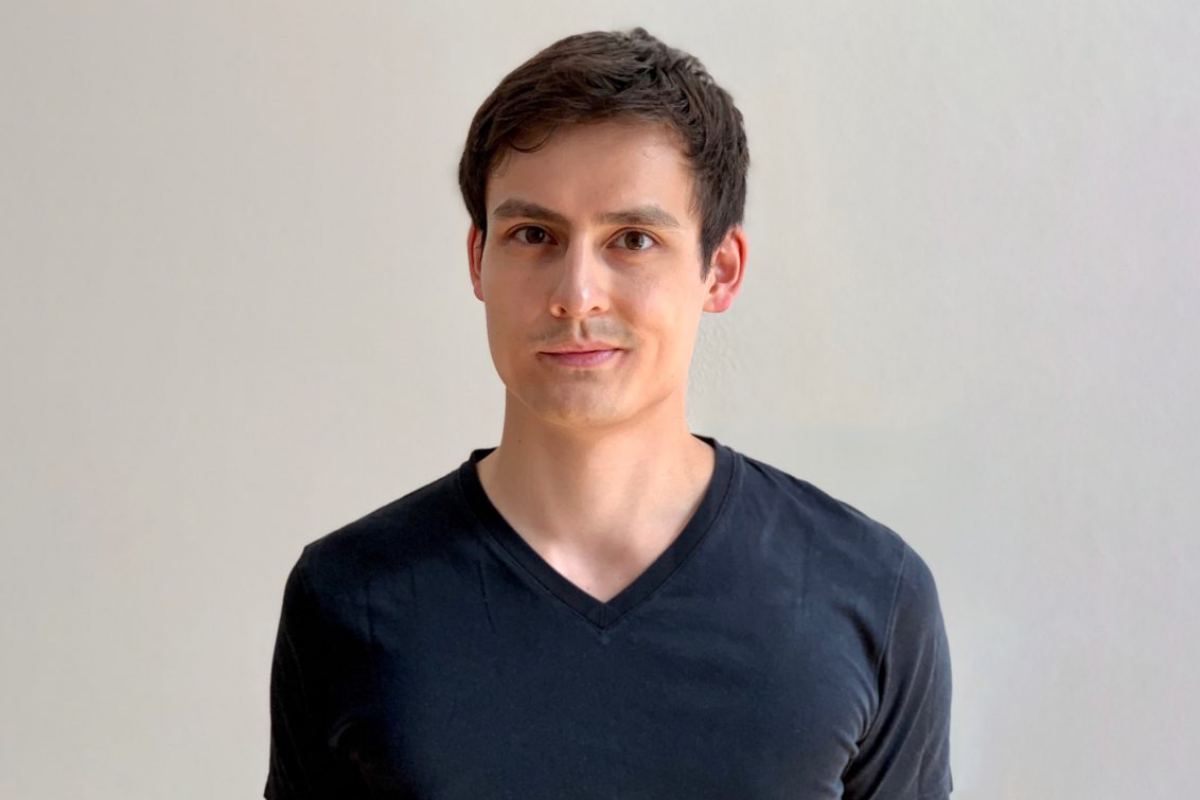 Posted at 11:56h in Our Mentors, Training & Coaching by Sandra Leong

Mentor Oliver Eidel is a medical doctor, self-taught programmer, and founder of OpenRegulatory, helping startups become compliant since 2020. At Vara, he was an integral part of the team that developed Germany’s first AI software for breast cancer screening and got it certified as a medical device. Self-taught as well, in regulatory compliance, Oliver went on to found OpenRegulatory to make regulation more transparent through free templates and a Slack community.

When he is not solving regulatory compliance problems, he uses his free time to fly airplanes and enjoys a good shut-eye. Keep up with Oliver and his work via his blog and at OpenRegulatory.

What do you think are the best steps to enter the digital health space?

First off: I have a huge amount of respect for anyone attempting to enter the Digital Health Market and trying to build a company around it. It’s full of incumbents, slow-moving customers and, on top of that, heavily regulated. You need an almost pathological dose of optimism (or ignorance) if you want to persist in trying to enter it.

That being said, I think it’s the most exciting and fulfilling field to be in! What’s more exciting than improving Healthcare, essentially improving people’s lives? Sending people to Mars, maybe. But then again, those people on Mars also need Healthcare. And they’ll need digital health, because right now, we don’t have fax machines on Mars!

So – how to enter it? It’s tricky and there’s no perfect way.

Explore some of the free tutorials from Oliver Eidel

There are two paths you can take: The first one is Healthcare-heavy. You work “within the system”, as a physician, nurse, technician, etc. – that directly exposed you to all the day-to-day problems which need solving. You can easily come up with product ideas. But now you’re facing a problem: How do you build a product “within the system”, who will work with you and who’s going to buy it? Chances are, the hospital you’re working in and the people surrounding you aren’t that interested in founding a startup and building something risky and innovative. So you need to take the second path, which is startup-heavy. You join a Healthcare startup which connects you with like-minded people, funding, and the opportunity to build something. But now, you’ve moved further away from the actual problem which you experienced in your day-to-day work at the hospital!

As you can see, there’s no perfect way. The perfect way would be to work in an innovative hospital (or doctor’s practice) while being able to build something new.

That sort of setup doesn’t exist as of today. The next best alternative is to work in a startup. But again, today’s startups have a high risk of developing the wrong thing because they’re not close enough to the actual problem.

What digital health issues are particularly on your mind at the moment?

Building a Hospital Information Software which doesn’t suck. I think there would be so much awesome leverage there! You should see the software they use nowadays in hospitals, it’s unbelievable. I’ve seen students being employed to copy-paste things inside crappy software all day long  because there weren’t interfaces to export data, for example for research purposes.

Think of all the time physicians, nurses and assistants spend on wrestling with slow software and confusing user interfaces, imagine all the time we could free up!

Everyone’s talking about the impending lack of personnel in hospitals, but hardly anyone is talking about how much time crappy software currently consumes. Sure, we might not solve the entire personnel problem with software, but we might get closer.

How would you characterise the digital health space in Berlin/Germany?

Firstly, you’ve got all the relevant ingredients for building great Healthcare startups: A fairly large ecosystem of startups with smart people, funding, and even a connection to politics via the Health Innovation Hub. For someone coming from Heidelberg like me, the fact that there are more than three startups to choose from is very exciting!

Also, the German Healthcare system which treats everyone, and treats everyone equally (more or less), while being fairly efficient (efficient being defined as “not a complete catastrophe like in the US”). Then, you have the recent political changes which made apps reimbursable by insurances (“DiGAs”). I’m not entirely sure how that will pan out, but it’s an exciting move in the right direction and will boost innovation and the Healthcare startup ecosystem for sure.
There’s a lot of startup optimism here – that’s great! But sometimes, it’s maybe a little too much, and maybe a little too tech-centered. Seemingly every startup wants to apply machine learning to Healthcare – but why?

Many startups don’t understand that, and I’m not sure why. There are many possible reasons: “Only” building non-crappy software doesn’t sound very sexy, especially to VCs. Also, non-crappy software is often connected to solving big problems, and solving big problems is very risky, like building a Hospital Information System which doesn’t suck – I imagine it being near-impossible to sell this sort of software to hospitals as a startup.

So, that leads to startups building isolated solutions (often apps) for isolated problems, with some machine learning mixed in. It’s less risky, and it’s more sexy. But it leads to a lot of duplicated effort: Right now, every startup is effectively reimplementing their own Electronic Health Record inside their software. Every software has its own, distinct user interface, also for physicians. And if there’s one thing which physicians hate, then it’s using yet another new software with its new user interface!

Anyway, right now, we have lots of innovative stuff being built, but it’s all isolated from each other. I don’t think that this will be sustainable – neither patients nor physicians want to interact with multiple applications regularly. Then again, I’m happy about the innovation happening and this might just be the first wave of startups we’re seeing in this space, and maybe, hopefully, we’ll have more integrated solutions in the future.

I’m not sure if the classical VC-funded-startup model maps well to Healthcare startups. It’s all about growing fast, capturing a market and then selling the company. But even only that first step, growing fast, is often impossible: Sales cycles are long and integration efforts are complex. 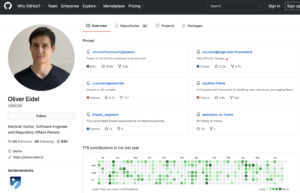 Sometimes I wonder whether the old-school business model of growing a small, profitable business maps better to Healthcare as it forces you to consistently deliver value to your customers. I’m a big fan of that. Not sure though if they even teach that at business schools nowadays.”

How do you picture the digital health space in Germany looking in five years?

I’m very bad at predicting the future. Here’s what I would hope:

We continue to sustain the momentum of Healthcare innovation which we’re seeing right now, while startups have figured out how to implement sustainable business models in digital health, maybe through reimbursable apps (DiGAs), maybe through some other way. Other startups are finally getting started on solving the big problems like building better Hospital Information Systems.

And, on a more personal level: I hope I’ll need less than five phone calls to book an appointment with a specialist. I hope I no longer have to organise and scan my own paper-based medical records.

Physicians actually prepare and read my medical file before I walk through the door. And, finally, software will actually reduce the time which physicians spend on tedious tasks so that they can spend more time with patients. That’s still the holy grail, and right now, we’re not doing a great job at achieving it.

What advice would you give your younger self?

I think that my generation (I’m 30 now) faces an interesting situation: We have way too many job options. It’s hard to decide and you’re likely to be unsatisfied with whatever you chose. I could have worked as a physician, researcher, or software engineer – the latter not even limited to Healthcare. There’s a near-infinite amount of job opportunities for those combinations! I acknowledge this as a first-world problem, but still: It’s a problem I’ve seen many people struggle with.

So here’s the advice I’d give my younger self: “Sometimes, procrastinating a decision is worse than making a crappy one. Just make your decision.

It took me one year of hanging around my parents and some lucky coincidences to move to Berlin and join my first startup. Even if decisions are crappy, nowadays you can revert most of them or at least mitigate their impact with different decisions in the future.

What is the best advice anyone ever gave you?