INU Health: Empowering women to find strength within and freedom from menstrual pain 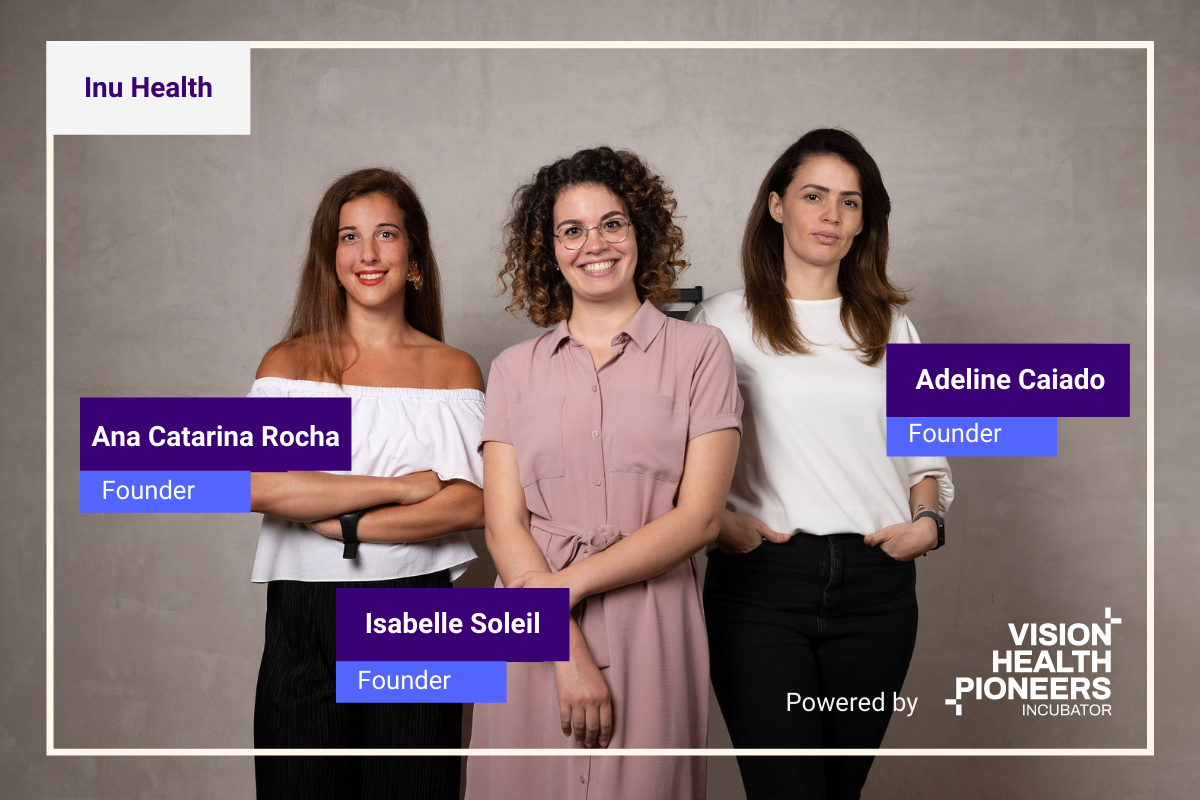 Posted at 10:59h in Inside the incubator by Sarah Karacs

From the age of ten, Adeline Caiado was tormented by excruciating menstrual pain, thinking– and being made to feel – that this was normal.

Speaking of the experience now, the 31-year-old, soft-spoken Brazilian describes having to wake up on the first day of her period in such a state of agony as to have to lie motionless in bed for hours waiting for the painkillers to kick in, and for respite. Over the course of seven days, each month, she would have to endure what she describes as a sensation of having her insides twisted and squeezed at an intensity akin to being run over by a vehicle, and which spread itself beyond her pelvic area and through her intestines.

She lived with this each month since her first period, which announced itself with a pain so intense she could not attend school for a week. Each year from that point onwards she would approach a doctor, asking if there might be something wrong with her, or if there was something she could do to make the agony bearable. Doctors all said the same thing. That this was normal. And that this was just what women had to go through each month.

“Not one doctor I went to suggested I might have endometriosis,” she recalls. “I had to learn about (the condition) myself.”

The penny dropped when Caiado was watching a TV show of a doctor explaining the condition, in which tissue similar to that which grows on the lining of the uterus grows outside of it, causing a great deal of discomfort and also potentially resulting in infertility.

It affects around ten percent of women, but, owing to long-standing taboos and misunderstandings around menstruation that are rooted in misogyny, it continues to be under-diagnosed and treated with indifference.

Owing to these attitudes, there’s often quite a lag between the onset of the condition and the time at which its sufferer is diagnosed, forcing many, like Caiado, to suffer in silence for years or even decades.

Two years ago, Caiado moved to Berlin. During that time, she tracked down a specialist in endometriosis, who diagnosed her with its most severe stage, prescribing surgery to remove the endometrial growths responsible for the distress. She went through this surgery last year, which, alongside lifestyle adaptations she made, helped tremendously.

Caiado’s two-decade-long ordeal is not all that unusual, although awareness of the condition has grown in recent years, owing in part to more and more women finding the courage to speak out.

“We keep being told that this is normal. And if no one tells us its not normal, we’re just going to keep thinking it’s normal, telling our daughters its normal, and it’s not,” says Isabelle Soleil, a German/Belgian psychologist who makes up one third of Vision Health Pioneers startup INU Health alongside Adeline Caiado, who handles the marketing, and its passionate co-founder, Ana Catarina Rocha, who hails from Porto, Portugal.

“So we want to break the cycle and get people to talk about it. And for me, it’s been really interesting, because ever since I’ve started cooperating on this project, I’ve been talking about it more with friends. I feel like everyone knows at least one woman who has endometriosis, and they say “oh yeah, I didn’t realize how bad it was.”

Holistic solutions in the digital age

The trio at INU Health aims to break the silence of endometriosis while providing practical solutions and holistic treatment via a sophisticated period tracker app that first offers a diagnosis, followed up by a 28-day-cognitive behavioural therapy programme alongside a host of holistic tips and tricks for managing pain. Its target audience extends past women with endometriosis, to encompass all women who suffer from painful periods in general.

The project, whose name derives from the idea that women have ample resources within themselves to heal and thrive, is the brainchild of Rocha, who did the work of joining various dots together, including one sparked during a chance meeting between her and Caiado in which the latter shared her experience with the condition.

“I want to give women the power of choice, through this app,” she says, describing how many women otherwise attempt to manage their pain through birth control pills, which can be problematic for the body.

Rocha has long wanted to explore holistic tools and strategies for empowering women, initially starting her journey at Vision Health Pioneers with a different female empowerment project, called Sista, which, owing to diverging visions between Rocha and her fellow founder at the time, split in June this year.

Rocha began looking more deeply into treatments for menstrual pain, discovering a research project in Australia that used cognitive behavioural therapy to help sufferers develop coping strategies. On a whim, Rocha reached out to the psychologist co-piloting the project, who was happy to offer insight and who remains in touch to advise INU Health.

“I’m really fascinated with this psychology and how to trick the mind in order to change the state of the body,” Rocha says.

The missing piece, in the form of a Co-founder who could help helm INU Health while bringing deep insight into the mental health aspect of the project, was found in Isabelle Soleil, a psychologist introduced to Rocha by fellow Vision Health Pioneer’s entrepreneurs Mila.Health.

Rocha and Soleil describe feeling an instant connection. Catarina offered her the role on the spot.

“Sometimes you have to use your mind and heart, and follow a little bit your intuition,” says Rocha.

As a trio, the INU Health entrepreneurs are excited about the road ahead, the possible avenues they can take their startup, and how their work can lead the charge in serving the large number of women who suffer needlessly and without support.

“I say this quote over and over again, but we only start working from a position of strength if we begin to embrace the way we are designed,” says Rocha.

For Caiado, embracing the way she is designed has come in the form of making big changes to her nutrition and lifestyle, which she can now do, being furnished with a much greater understanding of her own body and her condition.

Her surgery was a success, and alongside a shift in diet – she avoids processed food, dairy, and gluten – and a host of insights accumulated via the app, her pain is nowhere near as intense as it once was, and she can live an unencumbered life.

“I feel really great now I have these solutions, and I know what is happening to my body. I don’t have extreme pain for days now, I just take one painkiller and that’s enough,” she says.